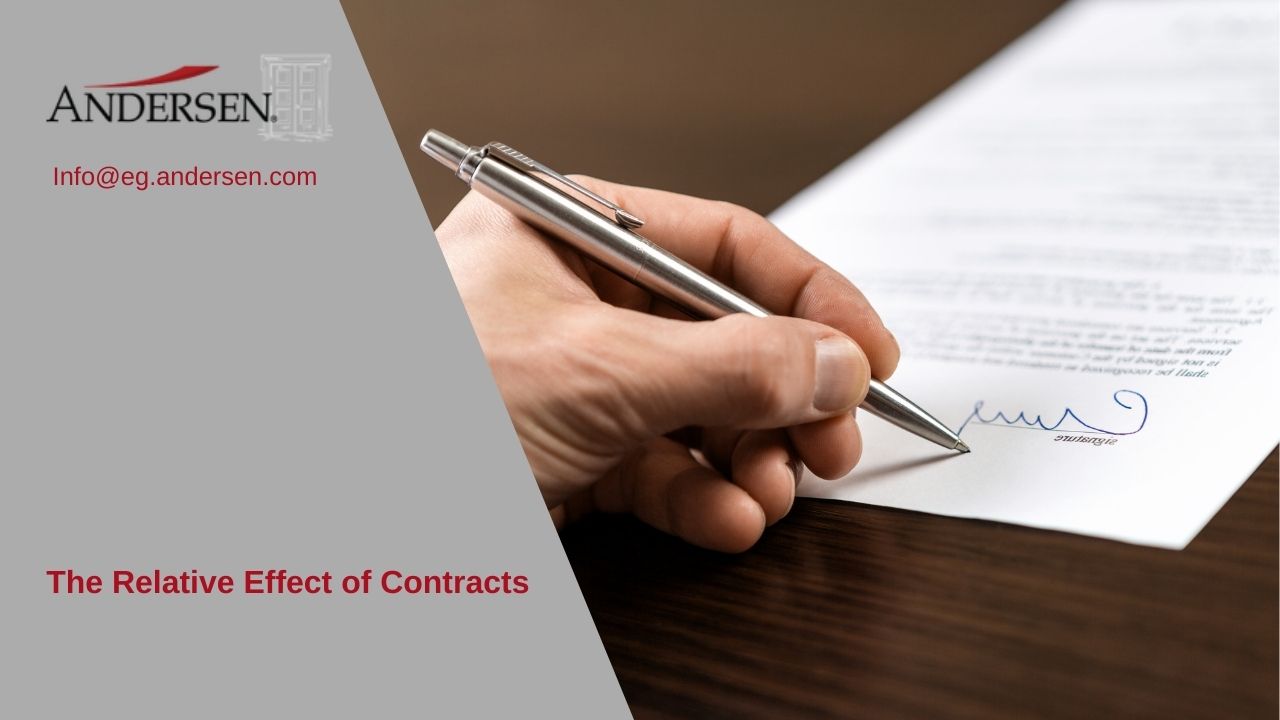 The Relative Effect of Contracts

Contracts are characterized by the’ principle of consent’, defined as the agreement of two or more natural or juristic entities, to enter into a binding legal relationship, wherein both parties have an agreed-upon set of responsibilities towards the other.  With this in mind, ‘consent’ occurs as soon as an offer is issued by one of the contracting parties and is accepted by another. Following this, approval of the contractual terms by each party will impose obligations to uphold towards the other.

Contracts are globally recognized for their legally binding force, and when drafted correctly, the terms within them will take precedent over the law, so long as the acts therein are lawful. These terms also do not lapse except with the parties’ consent, or in a manner prescribed by the law, making them the first reference point to be relied upon when looking for evidence in the event of any disputes regarding the interpretation or implementation thereof.

To minimize the risk of commercial disputes or misinterpretation of the scope of contractual responsibilities, article 8 of the Trade Registry Act No. 34 of 1976, has obligated traders, managers or legal representatives of any legal entity to be registered in a trade registry.

The reason for this obligation is that data recorded in the commercial register may be used as an argument against third parties from the date of their entry into the register, and it is, therefore, impermissible to protest against others on the basis of any statement that has not been registered, unless it is proven that the third party is aware of such statement.

Furthermore, the law permits every person to obtain a copy of a commercial register or certificate of data from the Commercial Registry Office.

Herein, we refer to one of the cases initiated by our office, wherein one of the companies that had signed a distribution contract, including an arbitration clause for dispute resolution for matters arising from the contract. Following this, the dispute was held before the competent arbitration center.

Maher Milad Iskandar, the lead lawyer for the case, held that the contract was invalid because the individual who signed the contract does not have the authority to represent the respondent based on the facts stated in the company’s commercial register.

Despite this, the arbitral tribunal continued to hear the dispute and issue a ruling on the matter.

Meanwhile, Mr. Iskander had filed the case at the Cairo Court of First Instance, on the basis of the aforementioned argument regarding the signatory’s authority, as stated in the company’s commercial register. On this occasion, the court has ruled that the contract is absent.

To conclude, the aim of this article is to highlight that a legally valid contract can only bind those who are signatories to it and not third parties who are not a party to the contract nor properly represented therein.