The Imposition, Amendment or Repeal of Taxes by Law

Home / Legal Alerts / The Imposition, Amendment or Repeal of Taxes by Law 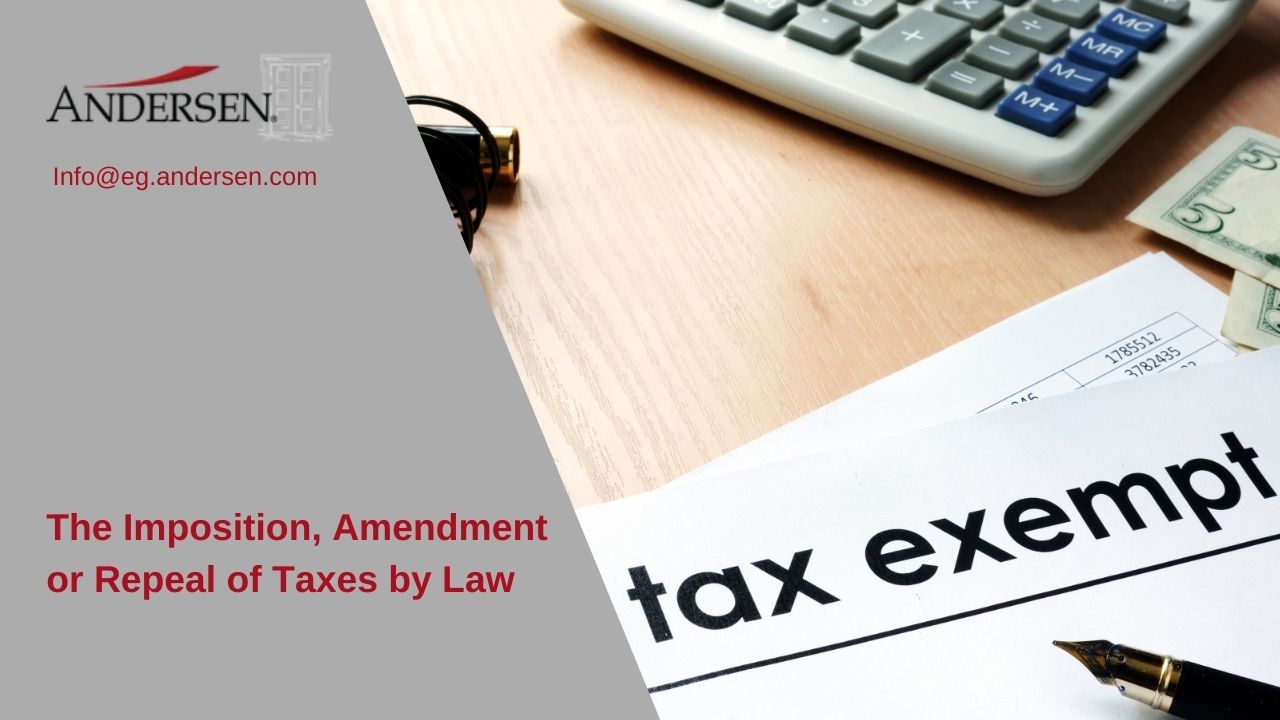 The Imposition, Amendment or Repeal of Taxes by Law

Since tax exemptions play a significant role in achieving equity among the sectors of society, promoting savings and investment leading to the growth of national productivity through the establishment of new projects, or the expansion of existing ones, the Egyptian government has in recent years been focusing on revolutionizing the national tax system to aid these goals.

One of these changes can be found in the Investment Guarantees and Incentives Law No. 8 of 1997 which grants capital/investment companies a tax exemption for 5 years on the revenues of commercial and industrial activities, and 10 years for companies and establishments which invest in the new industrial zones, new urban communities and new projects financed by the Social Fund for Development.

Despite the issuance of Income Tax Law No. 91 of 2005, which had amended many tax procedures, article (3) of such law still recognizes the tax exemptions granted to companies that were established by the Investment Guarantees and Incentives Law. Such exemptions have also been granted to both companies and enterprises established in accordance with the provisions of the Investment Guarantees and Incentives Law, and which had not yet started practicing their activities or production up until the date of the issuance of the Income Tax Law. This is contingent on such companies and enterprises practicing their activity or production within a maximum period of 3 years from the date of issuance of the Income Tax Law.

Herein, we refer to one of the cases handled by our office, whereby the Tax Authority claimed a temporary additional income tax on a company during its exemption period, based on law No. 44 of 2014 which determined the price of this temporary tax base at 5%, on amounts exceeding one million EGP from the income tax base for natural persons or profits of legal persons.

Helena Constantine, the lead attorney handling the case, along with our team of tax experts filed a lawsuit to set aside that claim and to acquit the company on the grounds that the disputed tax claim interfered with the exemption period granted to the company. Accordingly, she argued that no taxes should be imposed on the claimant company throughout the tax exemption period, since the temporary tax in question constitutes a type of income tax.

The court decided to accept the case in form and ruled in favor of acquittal, on grounds that the subject matter of the dispute was not being based on law and therefore, the conduct of the Tax Authority is a violation of the applicable laws. The court also obligated the Tax Authority to pay the claimant’s legal expenses.

To conclude, the purpose of this article is to highlight that any imposition, amendment or repeal of the taxes can only occur by law, and therefore no one will be exempted from paying taxes except in the cases specified within the law, at the amounts and limits stated therein.