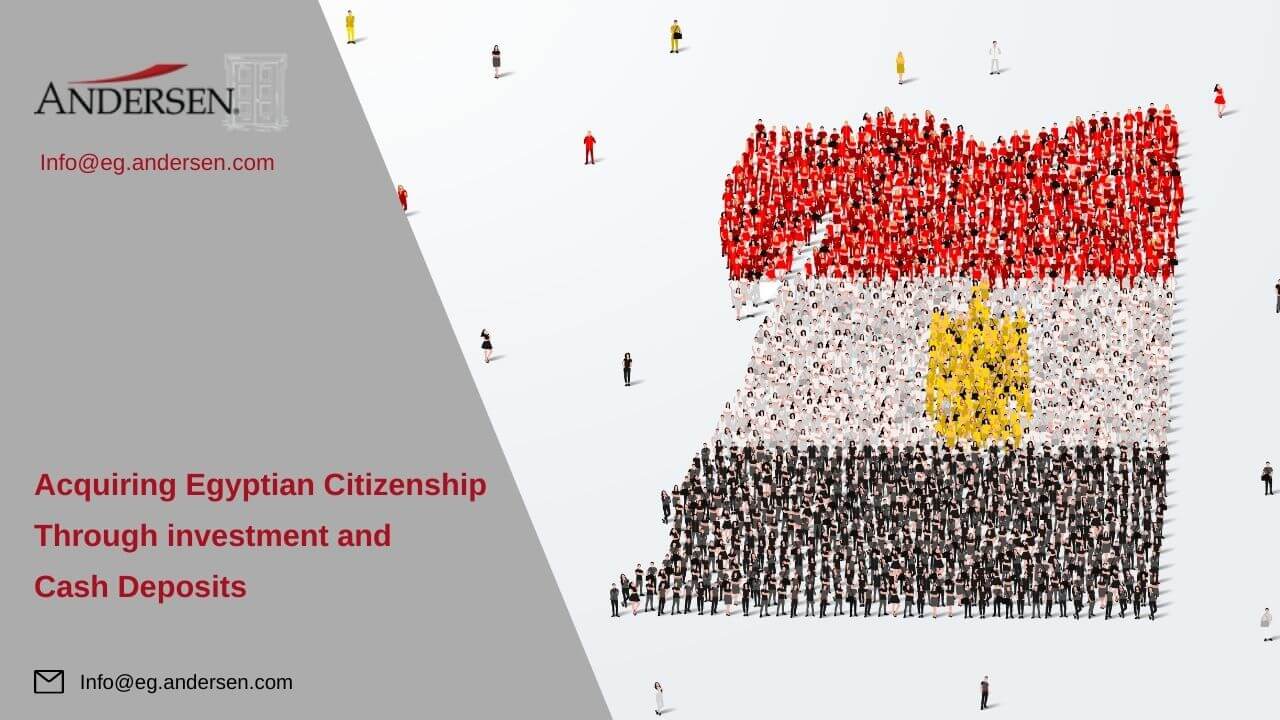 The Nationality Law regulates the relationship between an individual and the state, whether he is a citizen or a foreigner who wants to be naturalized. Granting citizenship entails some obligations on the state towards the naturalized individual, represented in the provision of a number of political and civil rights. Likewise, the individual has certain obligations towards the state upon obtaining citizenship, either by inheritance from a parent or by following the legally specified steps for citizenship according to each state.

The Egyptian Nationality Law No. 26 of 1975, amended by No. 190 of 2019, was issued regulating the conditions for obtaining Egyptian nationality, specifying the cases in which the naturalized foreigner was able to obtain it, and cases of dropping the nationality if certain acts are committed, most notably acquiring the nationality through any means of fraud.

The Minister of Interior may to grant citizenship upon request to: anyone born in Egypt to a father of Egyptian origin and residing in the country for the majority of the time during their application period,  anyone who is of Egyptian origin after five years of residency (for the majority of their application time), any foreigner born in Egypt to a foreign father who was also born there; if the foreigner originates from an Arabic or Islamic country. All of these are contingent on the applicant being of sound mind, without a criminal background, Arabic speaking, and having access to a legitimate means of income.

The above is without prejudice to the right to naturalize a non-Egyptian wife (alongside her original nationality) married to an Egyptian, if she so requests and with the consent of her husband, provided that they have been married for at least 2 years. It should be noted that a foreigner’s acquisition of the Egyptian nationality does not automatically entail his wife’s acquisition of the same, unless explicitly requested by her to the Minister of Interior, upon the passing of two years of marriage since their announcement thereof.

Recently, however, additional amendments have been made to the Egyptian Nationality Law that surpass the aforementioned rights, in an effort to increase economic development. These amendments have introduced several investment programs that allow the granting of Egyptian citizenship to a foreigner upon his request in the following cases:

● Purchasing real estate owned by the state, or by other public legal persons, for an amount of no less than 500 000 US dollars, transferred from abroad, after confirming that the buildings and lands available for sale are specified

The aforementioned law has also introduced the possibility to obtain Egyptian nationality through the cash deposit program by depositing funds in the foreign currency via a bank transfer from abroad as follows:

● An amount of 1 million US dollars, to be recovered after 3 years, provided that the refund is made in Egyptian pounds at the exchange rate announced by the Central Bank on the date of recovery, and not exceeding the deposited amount.

● Depositing an amount of 250.000 US dollars as direct, non-refundable revenues that go to the state’s public treasury, provided that the transfer from abroad is done in foreign currency.

A naturalized Egyptian has the right to establish private companies or funds and is not to be bound by the Companies Law, which stipulates that the percentage of foreigners in the company’s capital should not exceed 49%. He is also allowed to make investments by buying land, without being bound by the laws governing the foreign purchase of Egyptian land.