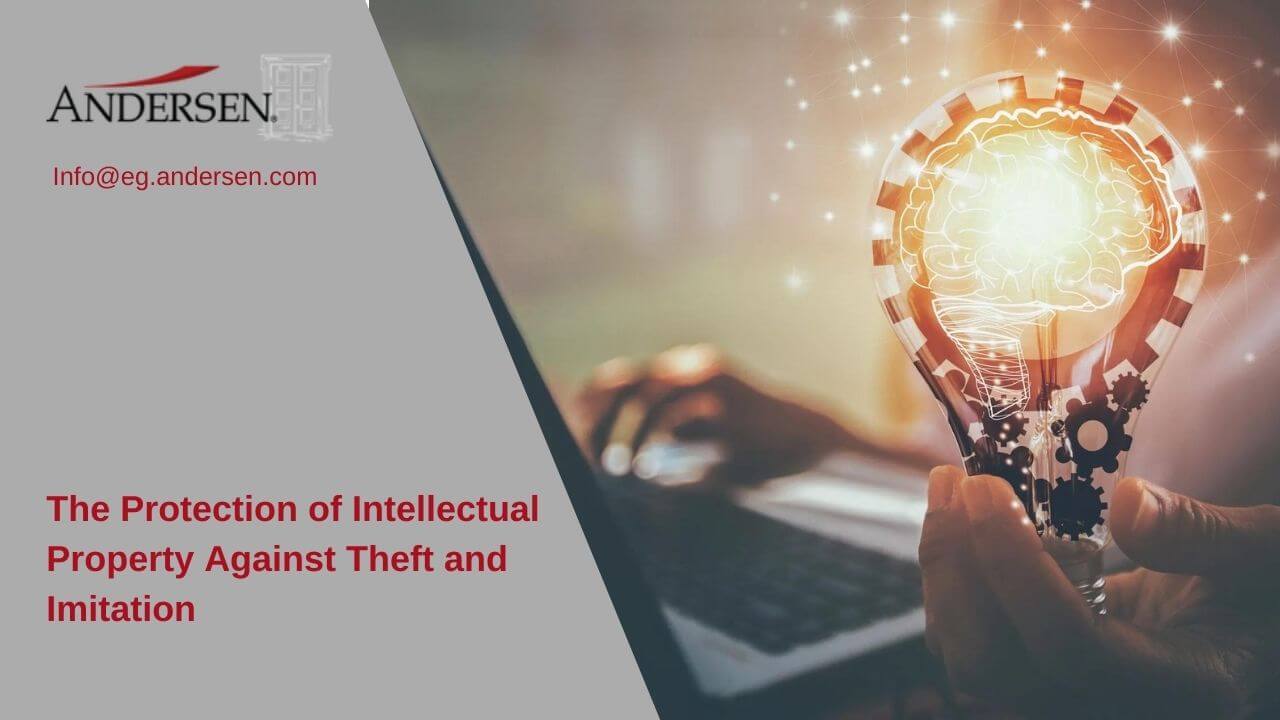 The Protection of Intellectual Property Against Theft and Imitation

Intellectual property represents a category of intangible properties which are a creation of the mind’, such as inventions, industrial models, trademarks, books, symbols and names.  Such rights are no different from other property rights.

Trademarks are arguably the most familiar intellectual property category, as they show as a distinctive mark, term, symbol or design used by an individual, organization or any legal entity to distinguish a category of goods or services from others, either to denote the source, type, warranty or method of preparation of the products, or to denote the performance of a specific service. This distinction shall provide protection to the trademark.

Although trademarks are primarily used for the aforementioned distinction between products; they are considered to be the most vulnerable to illegal competition, using fraud and imitation techniques to mislead the public.

Trademark imitation is achievable once it deceives the average consumer of care and attention; However, the use of a trademark to distinguish certain products does not prevent third parties from using it to distinguish other products as long as there’s a fundamental difference between them.

Based on this, in order to distinguish a trademark from others, it is necessary to be seen as a whole rather than the elements of which it is composed. The significance is not that the sign contains letters, symbols, or images which are contained in another sign, but rather, it lies in the general image, which is printed in the consumer’s mind, and in the manner in which it appears in one sign or another, disregarding the individual elements which comprise it.

Herein, we refer to one of the issues that our office has handled, wherein a well-known international company has registered the trademark of its products with the World Intellectual Property Organization (WIPO), a regulatory organization that derives its rules from the Paris and Madrid Conventions.

Egypt joined these agreements; therefore, its provisions have become binding to the Egyptian State.

Furthermore, the company registered the mark locally based on the ‘international registration’ options, one of the companies objected by claiming that the locally registered mark contained symbols and letters of its own mark, and that it is the previous one in the registration.

While examining the dispute before the competent court, Helena Constantine, lawyer and partner in Andersen Egypt, insisted on rejecting this claim on the grounds that the main characteristic which must be proven is the imitation of the trademark as a general image that is imprinted in the mind of consumers, as a result of the unique composition of letters or images within the mark, and results is deceiving the consumer of average care and attention. Since our client had registered their trademark first with WIPO, the owner of this registration is guaranteed the protection of his mark in Egypt from the date of the international registration.

To conclude, the aim of the article is to highlight that the difference between two trademarks doesn’t depend on the mark’s individual contents and composition, but rather, on the image in its entirety which the consumer associates with the company’s product/service and imitation of which would mislead consumers and confuse products.