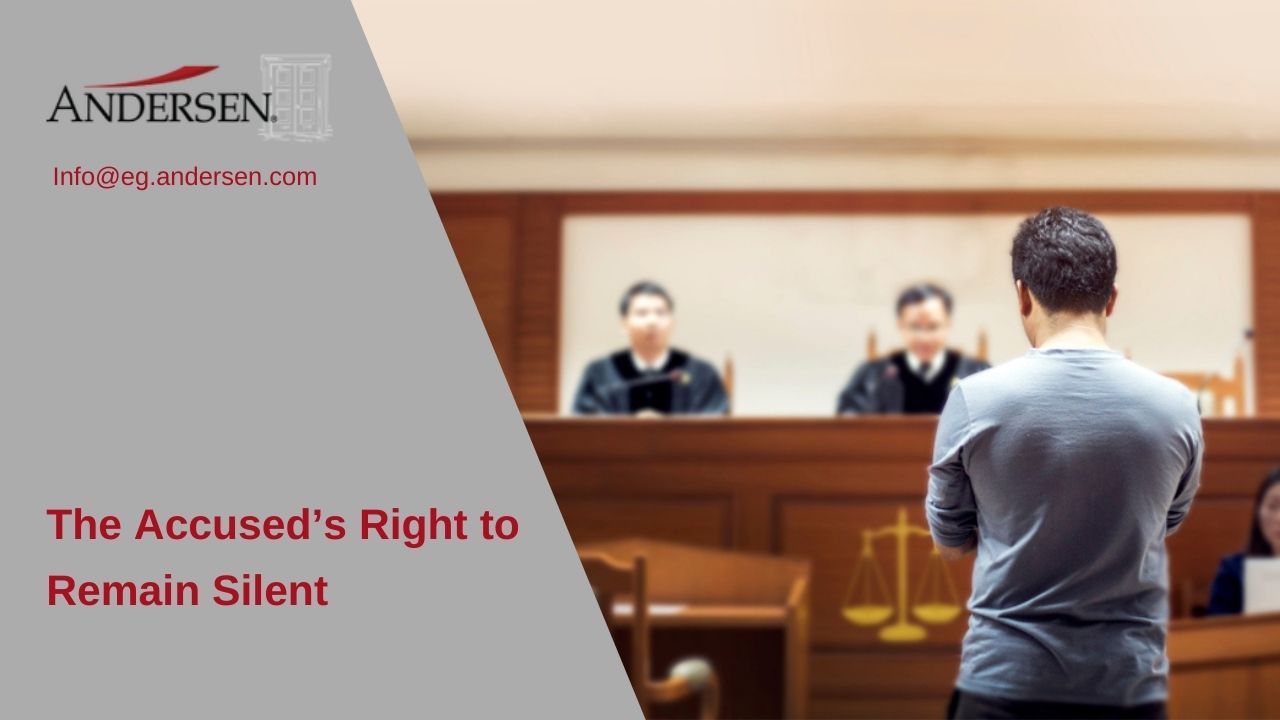 The Accused’s Right to Remain Silent

Interrogation is one of the many tools which can be used within an investigation, and many would argue that it is in fact, the most important method available, since it, clarifies elements and facts of the dispute that are echoed in the litigation process, in an attempt to unveil the truth.

One of the most prominent guarantees of a fair trial is the right to a defense, which is protected under numerous International Conventions and within Egyptian legislation.

The Egyptian Constitution guarantees the defendant’s rights during investigations in Article no. (55) paragraph 3, which states that anyone who is arrested, imprisoned, or has his freedom restricted, must be treated in a manner that preserves his dignity, cannot be torched, nor intimidate him, or harm him physically or mentally…and the accused has the right to remain silent… and any statement that has been made by a detainee under the weight of any of the above, or the threat of any of it will be considered void and unusable”

Since the Criminal Procedures Code is authority for penalties, Article no. (274) states that an accused person may not be questioned before a court unless he has accepted this request. This alludes to the recommendation of the Commission on Human Rights of the United Nations in 1962, that no one shall be compelled to testify against himself / herself, and that defendants must be informed of their right to remain silent before questioning, in the event that they are being arrested or detained.

Herein, we refer to one of the cases handled by our office, wherein the defendant’s case was escalated to the Criminal Prosecution’s Office on the grounds of embezzlement of money from a joint-stock company, The defendant was present at the criminal trial, and during the hearing, the court asked him detailed questions related to the presented evidence. The defendant and his counselor, however, objected to this, yet the court insisted on continuing with the questioning, and later used facts revealed within this interrogation as the basis for its judgment against him.

The defendant’s lawyer, Maher Milad Iskandar handled the appeal process, arguing that it is not legally permissible to interrogate the accused in such a detailed manner, and use the findings of this interrogation as evidence of the case, regardless of whether he was asked simple yes/no questions, or otherwise. The defendant’s interrogation findings can only be relied upon his express request to be interrogated, according to his discretion, and the interrogation must be in his favor. In addition to this, Mr. Iskander added that both the defendant and his attorney had objected to his interrogation and the court’s use of the findings in this manner, as per Egyptian law, means that the case must therefore be annulled due to the incorrect procedures which were followed.

After hearing the appeal, the Court of Cassation overturned the original judgment, stating that the court’s insistence on questioning the accused in detail, their use of his responses as evidence, the accused’s objection, and the adoption of the guilty judgment on the ground of such interrogation leads to the invalidation of the trial, pursuant to Article 274 of The Criminal Procedures Code.

To conclude, the aim of this article is to highlight that a defendant cannot be forced to respond at any stage during the trial since their right to remain silent is both a Constitutional and legal right.