Home / Legal Alerts / No Crime or Punishment Without a Legal Provision 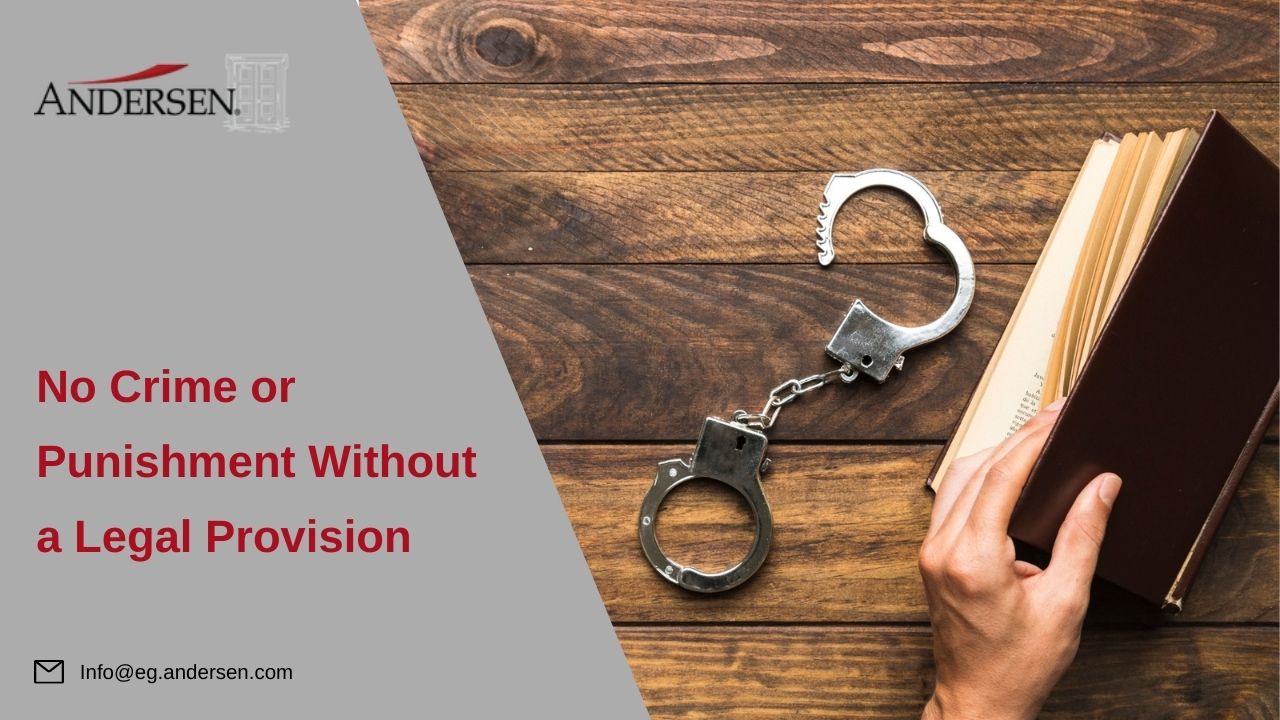 No Crime or Punishment Without a Legal Provision

The principle of criminal legality is one of the pillars upon which criminal legislation is drafted. This principle is defined in practice as No Crime or Punishment Without Legal Provision supporting these acts. This in turn restricts criminalization and punishment solely to the written law, also meaning that no penalties can be imposed, unless this condition is fulfilled.

Within the legislation, this principle has clear and specific punitive provisions, drafted with minimal ambiguity, since the purpose is not to entrap or prey upon those concerned, but rather to make the deviant behavior clear and punishment proportional and consistent with the legislation.

Therefore, it is not permissible to implement punitive provisions that do not apply to the existing position of the accused, or to interpret such provisions in a way that deviates from their actual meaning or purposes, or exceeds the scope of the criminalization that the legislator has stipulated.

In cases where doubt does exist, the interpretation most in favor of the accused must be applied. The foundation of legislation lies in the concept of ‘permissibility’, and therefore, written law must evidence any deviation from this concept.

Pursuant to the aforementioned principles, the individual shall not be held criminally responsible unless the conduct concerned, at the time of its occurrence, constitutes a crime within the jurisdiction of the Court, and in accordance with national or international law. Hence, the judge’s authority is restricted since he is prevented from criminalizing actions as he wishes, or deciding the applicable punishment as he sees fit.

Herein we refer to one of the cases where the accused was brought to trial for allegedly practicing the profession of pharmacy without a license since he was managing a pharmacy (also without a license). The Court sentenced him to imprisonment for one year, in addition to imposing a fine of two hundred pounds for this alleged crime.

The judgment was appealed before the Court of Cassation on the grounds that the appellant could not be convicted of the offense of practicing pharmacy without a license, simply on the basis that he was managing a pharmacy without a license at the time. This is supported by the law, which clearly defines the profession of pharmacy as ‘preparing, installing, or categorizing any drug’, none of which the accused had carried out.

Therefore, The Court of Cassation accepted the appeal, nullifying the appealed judgment and acquitting the appellant.

The Court stated in its reasoning that Law No. 127 of 1955 has restricted the practice of this profession to only ‘preparation, installation or categorization of any drug, medicine, medicinal plant, or pharmaceutical substance used internally, externally or by injection to protect humans or animals from diseases or any that has a similar purpose’. Therefore, the accused’s actual profession clearly deviates from the aforementioned law’s definition, leading the court to overturn the judgment and find the appellant innocent.

To conclude, the aim of this article is to explain the principle of ‘no punishment or crime without law’ since this is one of the main pillars of adjudication globally. The main purpose of this principle is to clearly define ‘crimes’ in advance so that all members of society are aware of which actions can be penalized, and which cannot.