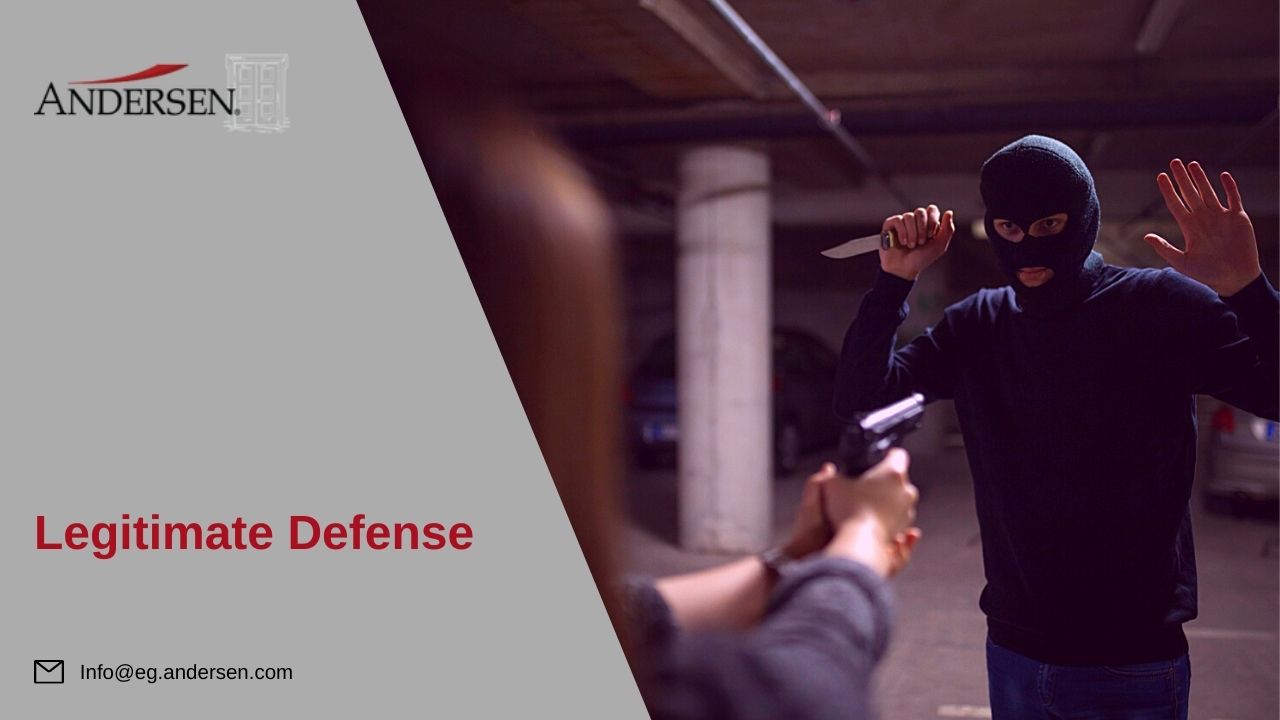 Legitimate defense is a right granted by law to an individual, allowing him to use the necessary appropriate force to ward off an illegal situation that threatens him, his honor, his money, or the honor or money of a third party, in a way that makes it impossible to resort to the competent authorities to avoid this danger in a timely manner.

The right of legitimate defense is considered an exception to the legal rule that forbids an individual to administer justice himself without resorting to the law; Where the law prioritizes the protection of the interests of the victim, over the interests of the aggressor; thus, the defendant’s crime becomes permissible behavior.

Moreover, reciprocity in the attack is not a condition for the legal defense to be permitted. Rather, the defendant has the right, to respond to danger as necessary using the means he deems appropriate according to the context.

Due to the gravity of the right to a legitimate defense, and the fear of its misuse, the legislator has stipulated that continuous criminal activity that affects the individual should not be deterred except by using this defense, along with the appropriate means provided that the defensive act is proportionate to the attack.  The act in question must have been carried out solely to stop the attack. Anything contrary to this will result in the action being criminalized.

It should also be noted that the defendant’s adherence to the crime in legitimate self-defense is not considered an admission of committing the crime, due to the absence of ‘intent’, the moral component necessary to differentiate between aggression for self-defense, versus other types of unprovoked aggression. This is the case even if there is a confession since the confession must be taken into consideration in its entirety, and not in part, in addition to fulfilling all of the elements of a crime.

Herein we refer to one of the cases initiated by our office, where the Public Prosecution Office referred the accused to a criminal trial, and demanded his punishment for the crime of battery, causing permanent disability.

At the trial, the accused admitted to committing the crime in legitimate self-defense, however, the court found the accused guilty and based its judgment on his confession.

Maher Milad Iskander, the defendant’s lawyer, appealed this judgment before the Court of Cassation, stating that the defendant’s confession of injury to the victim, when looked at in its entirety, shows that there is a right of legitimate self-defense, which is not an offense. Furthermore, he highlighted that the Court should have examined the entire plea and discussed the context of the attack with the accused. Any action other than this indicates that the ruling is tainted with shortcomings, making it revocable.

The Court of Cassation decided to overturn the ruling, taking into account the aforementioned reason, stating in its ruling that If the court bases the conviction of the accused on the entire confession, it would have been clear that the accused had a legitimate right to self-defense, However, the court did not rely on the entire confession when issuing the initial judgment, leaving out the context of the act, which reveals whether there is a state of legitimate defense or not, the judgment must be overruled due to its shortcomings.

To conclude, the aim of this article is to highlight that ‘legitimate self-defense’ is one of the essential defenses which necessitate a thorough assessment from the court, including multiple discussions with the accused to properly establish context. If this is not followed, the judgment will be deemed defective.

Annulment of Sale Contracts Without A Specified Price