Home / Legal Alerts / The Law Protects the Incapacitated, Not the Ignorant 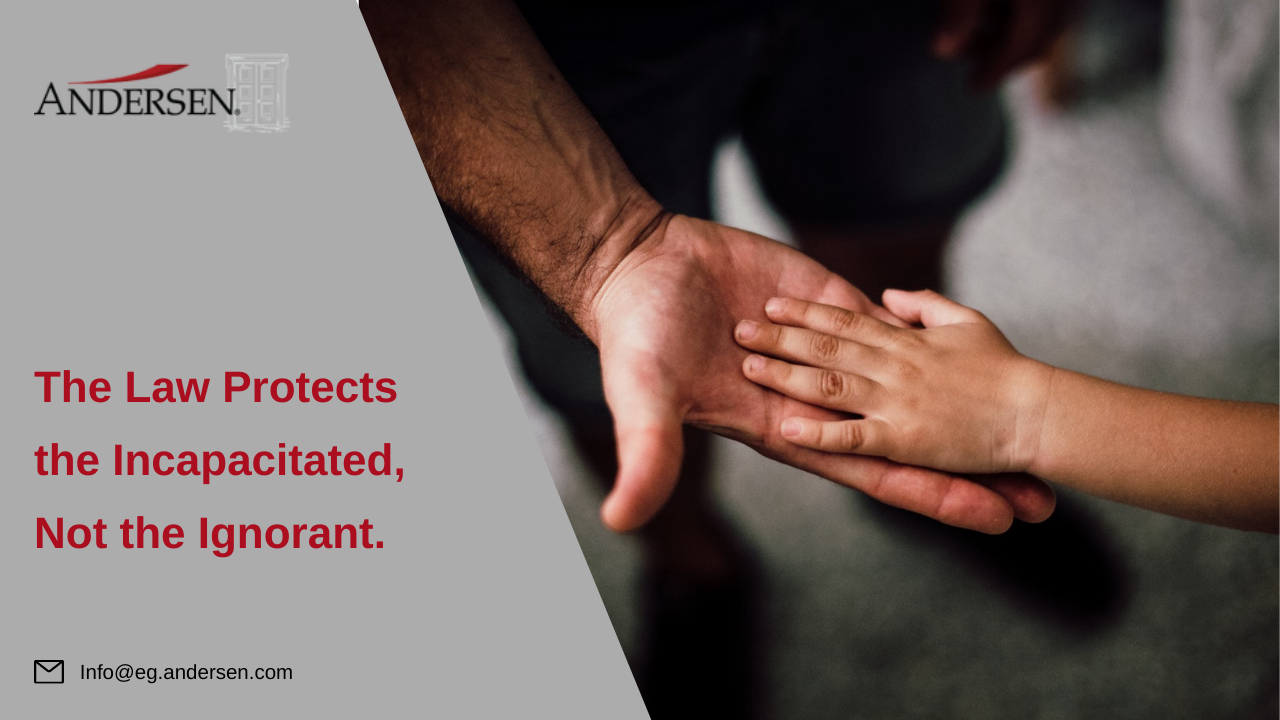 The Law Protects the Incapacitated, Not the Ignorant

in accordance with The Guardianship Over Money act No.119 of 1952

Guardianship over money is a legitimate and necessary authority that grants the guardian the right to supervise a minor’s financial affairs. This includes preserving and investing the money, concluding signing financial contracts, and disposing of the money for the benefit of the minor. According to Egyptian law, this right can only be given to the minor’s father, grandfather, or guardian of the father, a judge, or a trustee.

Additionally, guardianship has been legislated to protect the money of a person who is mentally incapacitated, so that his or her interest is not lost. Despite this, guardians can exploit and appropriate their role for their own benefit, which is of course far from the purpose of guardianship. To safeguard against this, the legislator has restricted the latter’s authority to be limited to the right of initial, not absolute, disposal of the beneficiary’s assets;

The right of the guardian to dispose of a minor or mentally incapacitated individual’s funds, whether by buying or selling, has become a diminished right under strict supervision by the State’s Public Prosecution Department which requires an official permit, and submission of the Estate inventory, approved by the court;

Therefore, if the guardian engages in one of these actions without the court’s permission, it exceeds the limits of its legal authority on behalf of the minor, and the sale or purchase will be legally null and void if approval from the court is not obtained.

Herein we refer to one of the cases initiated by our office, in which the court ruled that the guardian’s disposal of a minor’s assets was invalid since he used his authority to put a lien on a property owned by the minor, therefore claiming that the minor was indebted.

Maher Milad Iskander, the lawyer on behalf of the minor, argued that it is not permissible to place a lien on or sell the property without notifying the competent court. He argued that this lack of permission leads to the nullification of the transaction, which the court accepted.

The aim of this article is to refute the misconception that the law does not protect those who are incapacitated, since there are very clear principles and safeguards in place, specifically designed to protect minors, and incapacitated individuals, and deter those who seek to exploit them.

No Crime or Punishment Without a Legal Provision