Confession Is not Always the ‘Master of Evidence’

Home / Legal Alerts / Confession Is not Always the ‘Master of Evidence’ 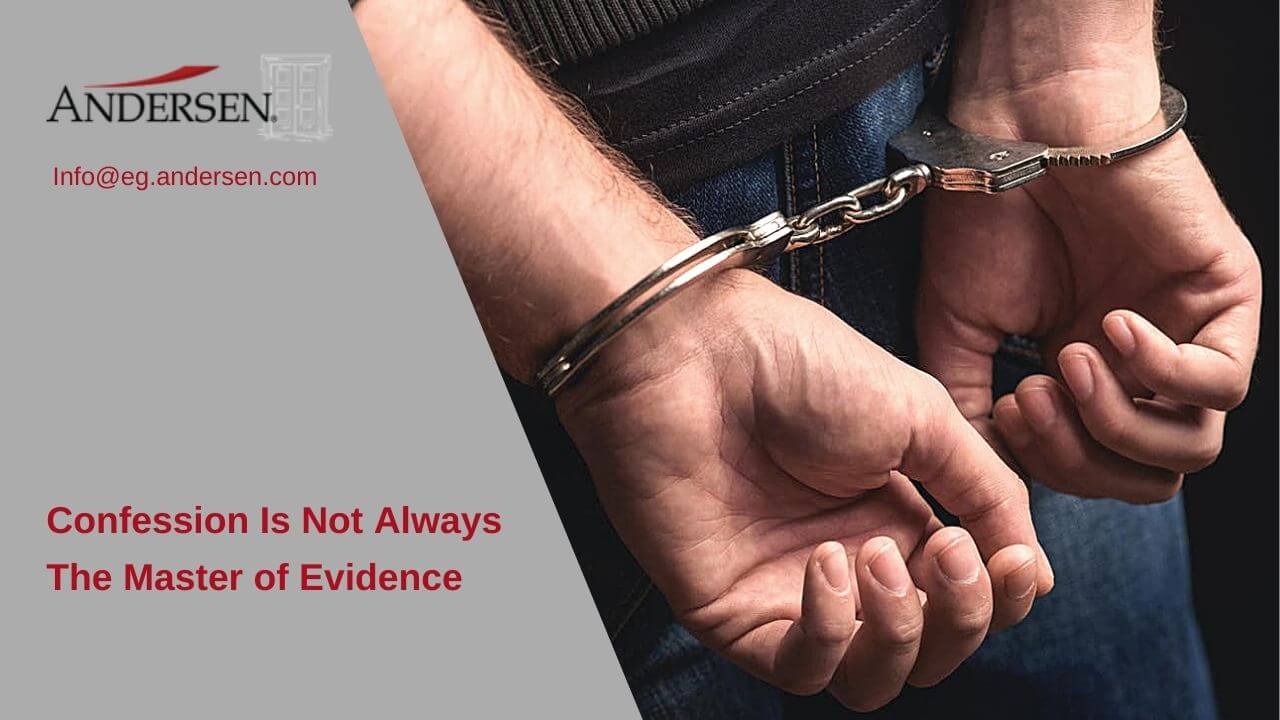 Confession .. Is not Always the ‘Master of Evidence’

The concept of confession is arguably one of the highest echelons of human rights and individual freedom, due to its role in determining criminal responsibility.

Within the legal field, confession has traditionally been dubbed the ‘master of evidence,’ and is stated as the primary method of evidence within the Egyptian Criminal Code.

Despite this, case precedent shows that confession alone cannot be relied upon as evidence for a conviction, as it may arise out of coercion, threat, or as a means of protecting the real perpetrator from punishment in exchange for money, or other unlawful reasons.

Accordingly, one can claim that an individual’s will plays a central role in determining the general principle of confession, however, this must be accompanied by clarity with regards to the incident. The accused can only admit the veracity of his charge if he expressly confesses that he has committed the associated acts.

Based on this, legislation has restricted the validity of confession with some conditions to ensure and guarantee its safety, one of the most important of which is that confession should be based on the criminal incident itself and not on its surrounding circumstance. In practice, this means that the accused must first make an explicit declaration of his own free will to commit the crime in question, in addition to providing a full and comprehensive breakdown of all the circumstances of the crime, free from ambiguity or the possibility of misinterpretation.

On the other hand, confession does not end an investigation, since the Court has the absolute power to complete the investigation and to decide whether:

Herein, we refer to one of the cases that our office has worked on, wherein the case was escalated to the criminal prosecution office. The claim was alleged adultery between our client and a carpenter. During the investigations, the wife denied the crime and justified the person’s presence by stating that he was merely in her home to repair certain objects. Concurrently, the carpenter admitted to being in the client’s house, during the time of police inspection, which led to the court charging our client and the carpenter with adultery, pointing to the carpenter’s confession as the basis of this judgment.

We later appealed the case and highlighted that, although the carpenter did indeed confess to being in the house at that time, he did not confess to the act of adultery, which was the subject matter of the claim. The court also stated that they have the right to rely on the confession in whole or in part, however, the confession must be issued specifically to the case at hand, and this was not proven by the case documents.

Link of the Case https://bit.ly/3b8bCvN

To conclude, the purpose of this article is that a confession is not always a master of evidence, as it may be born of a threat, coercion, or unlawful cause, or it may not be relevant to the case at hand.

Annulment of Sale Contracts Without A Specified Price