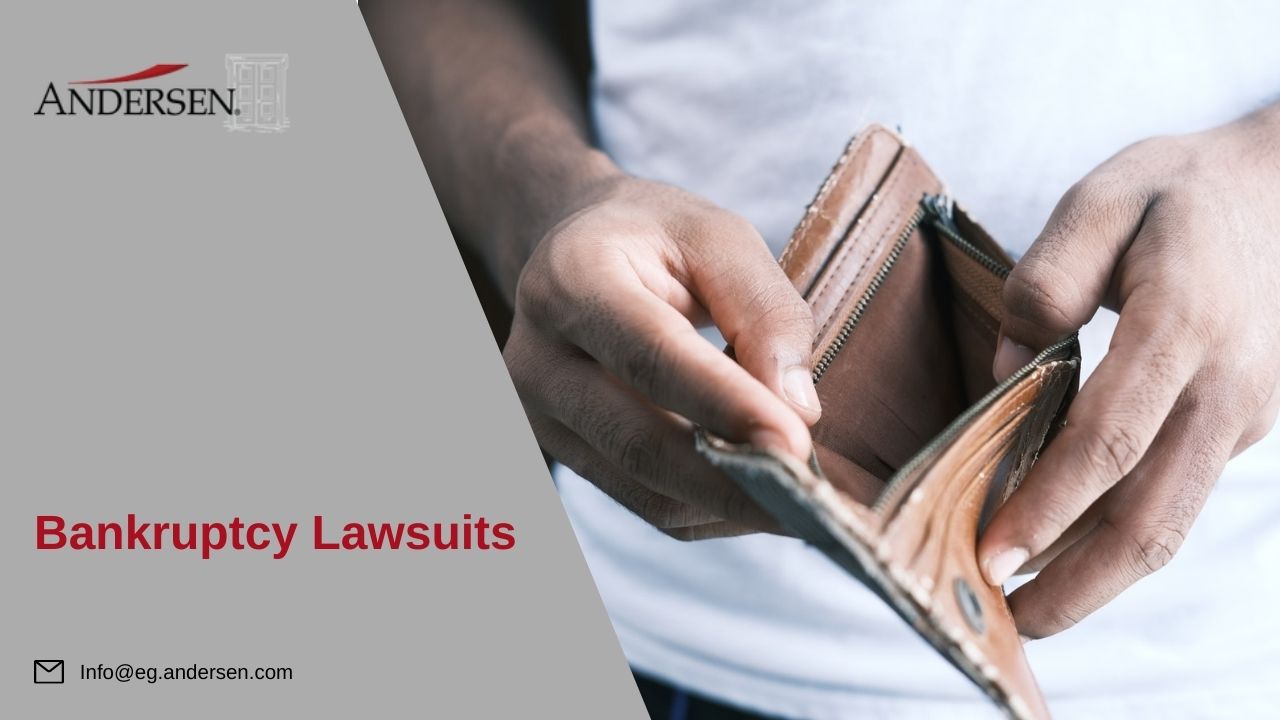 A bankruptcy lawsuit is a procedural lawsuit initiated with the aim of proving a merchant’s failure to pay a commercial debt. The amount in question should be undisputed and specified. The reason for the delayed payment in question is usually financial turmoil and hardship on part of the merchant. These problems also impact the merchant’s credit, making him a risk to other creditors. To remedy this risk, liquidation of all of the merchant’s assets can be carried out as a means of protecting the creditors’ rights.

Notably, a creditor of outstanding debt is given the right to request bankruptcy of the debtor, if the latter’s domicile is unknown, or if there is evidence that he has ‘fled the country’ due to his financial situation. If evidence is submitted indicating that the merchant is no longer making due payments, a judgment for bankruptcy will be issued, restricting the merchant’s ability to deal with, or otherwise dispose of the funds allocated to the ‘bankruptcy trustee’ – a chosen, non-biased individual who handles the bankruptcy process.

Moreover, if a debtor stops making payments on a date other than the one provided by the court for the declaration of bankruptcy, a court may, on its own or at the request of a creditor or associated third party, retrospectively amend this date, provided that such date does not exceed two years prior to the date of issuing the initial bankruptcy declaration ruling.

Although a judgment for bankruptcy declaration becomes effective once it is issued, it does not come into effect immediately, as soon as the merchant stops paying his debts. During this “suspicion period” (from the moment the case is initiated, and until a ruling is issued) the merchant may try to illegally conceal his financial standing, deliberately harming his creditors, or prioritizing payment to some over the other. To avoid these situations, the legislator has decided that none of the debtor’s actions against his creditors shall be enforceable within this ‘suspicion period’.

Such actions that came in the form of donations, transferring ownership of real estate or other movable assets, payment of debts using unapproved means, any mortgage, other contractual insurance, or any seizure applied to the debtor’s money as collateral for a debt, shall be considered null and void by the legislator. Despite this, if the merchant’s actions are conducted to fulfill outstanding debts and conclude contracts with consideration, such actions may be voidable.

To conclude, this article aims to highlight that bankruptcy lawsuits are not combative lawsuits where the creditor seeks to eliminate his debt and force his debtor to fulfill it, but rather, it is a procedural lawsuit aimed specifically at proving that a given merchant has stopped payment of outstanding commercial debts.

Regulation for Cashing out the Annual Leave Balance