Bankruptcy Courts Do Not Have The Jurisdiction to Rescind Contracts 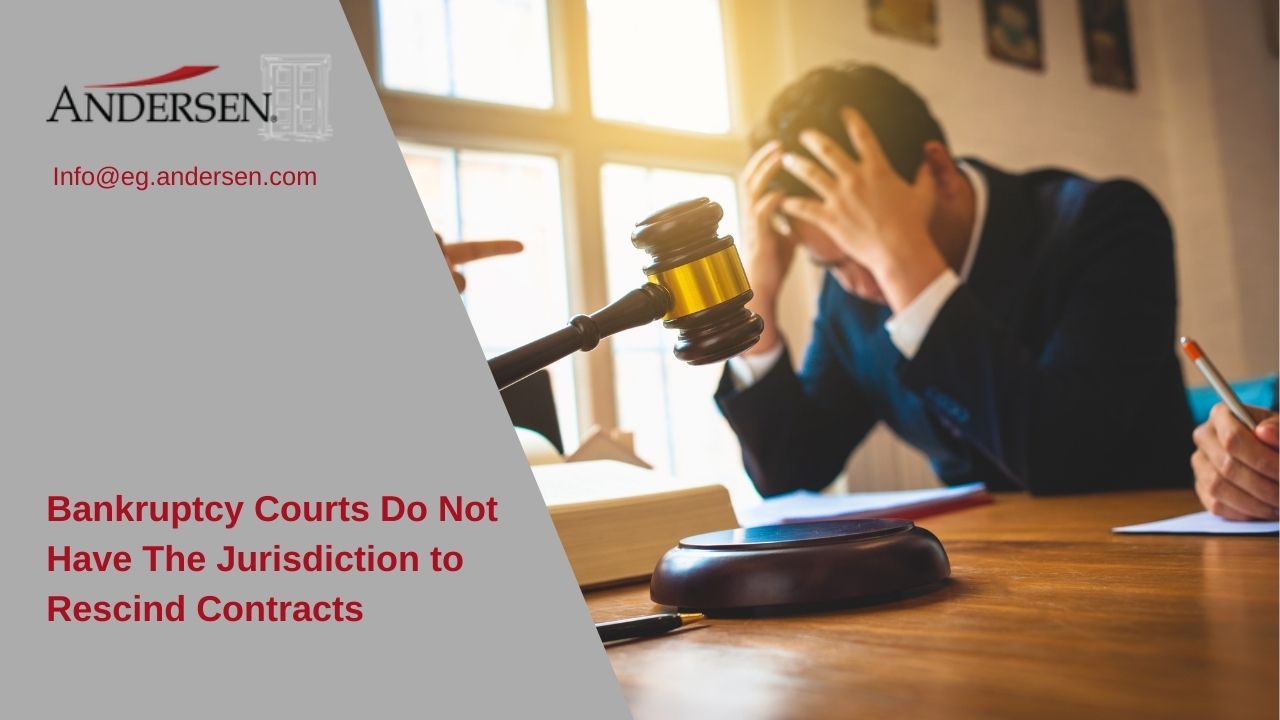 Bankruptcy Courts Do Not Have The Jurisdiction to Rescind Contracts

Bankruptcy disrupts a merchant’s financial condition, leading to the inability to fulfill financial obligations and cease paying debts to creditors. This in turn is what forces a company to declare bankruptcy in order to liquidate its assets and distribute their value fairly to creditors in accordance with the legal provisions of the national commercial laws.

According to these laws, bankruptcy is a method of control over the indebted merchant’s assets, allowing the court to preserve the rights of creditors by seizing the remainder of the debtor’s funds, and placing them under judicial control, thus ensuring that the funds will not be transferred abroad, or misappropriated in any way.

A merchant can choose to declare its own bankruptcy, or this can be requested by a creditor or the Public Prosecution Office. Moreover, bankruptcy will be declared upon the death of a merchant, or his retirement from trade as a result of his death, or his retirement from trade whilst he still has payments to make to a creditor. In all cases, the court may rule for the declaration of bankruptcy on its own accord.

To obtain a ruling for the declaration of bankruptcy, it is sufficient to prove the inability to pay a single creditor, and there is, therefore, no need to prove the existence of multiple debts. The ruling judge must therefore interpret the evidence presented to him without restricting the plaintiff’s claim, whilst also correctly categorizing the case at hand.

It should also be noted that once bankruptcy has been declared, only the Bankruptcy Court shall have jurisdiction over all disputes associated with it, including those relating to its management. Otherwise, any other disputes shall be subject to the rules of Egyptian Civil Law.

Herein we refer to one of the cases initiated by our office, where the Bankruptcy Court ruled for the termination of a factory lease contract that the defendant had rented to a company, in addition to vacating the factory.

The decision of the judge was challenged, leading the Court of First Instance to dismiss our appeal and upheld the judgment at the appeal level.

Maher Milad Iskandar, the lawyer, appealed this ruling to the Court of Cassation on the ground of lack of jurisdiction of the Bankruptcy Court, stating that the dispute is subject, in its application, to the provisions of the Lease of Buildings Law No. 136 of 1981, and is therefore not considered a bankruptcy-related dispute which the Bankruptcy Court has jurisdiction over.

Subsequently, the appeal was reviewed, and the Court of Cassation decided to overturn the contested ruling, stating that termination of the lease contract is not a dispute related to bankruptcy.

To conclude, the aim of the article is to highlight that the judicial rulings on bankruptcy are related to public order, which in turn has led The Egyptian legislator to specify that The Bankruptcy Court solely has the authority to rule on its related issues.