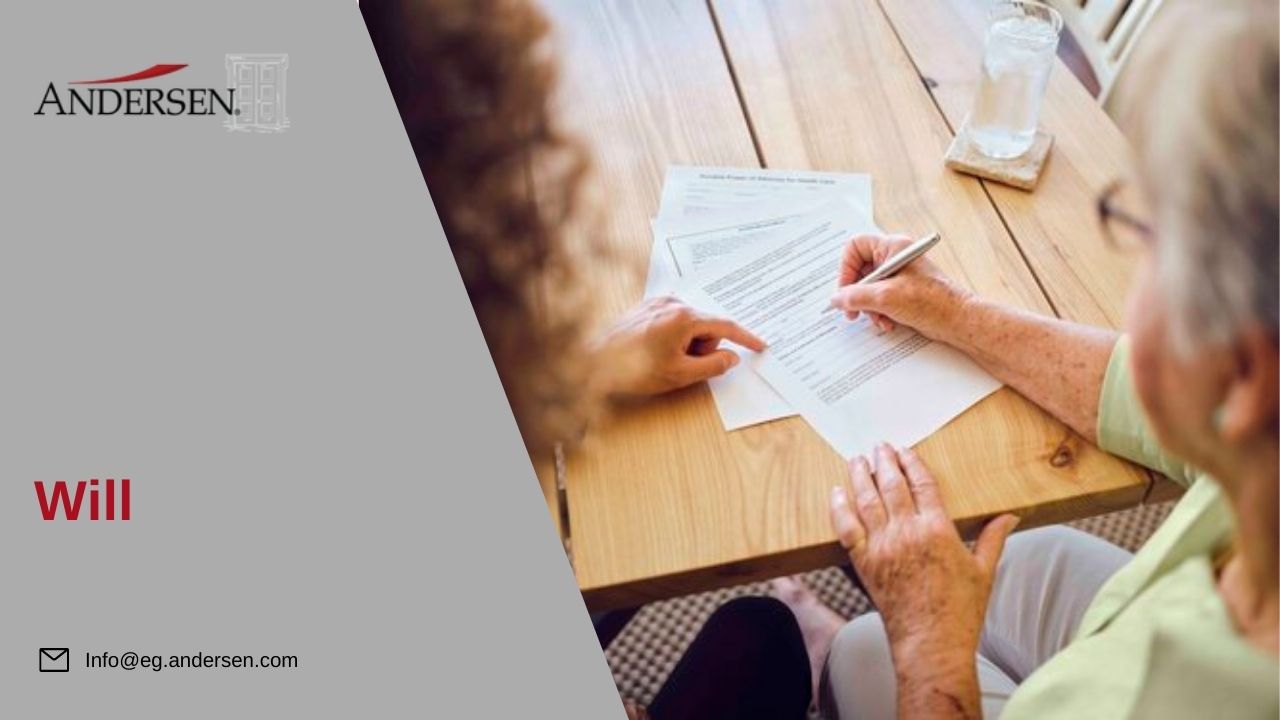 A will is a unilateral act which is exercised upon the occurrence of a death, to transfer assets to a beneficiary, more commonly known as the ‘heir’. In order for a will to be valid, it must not condone acts against public morality or illegal acts, and the testate must have the legal authority to deal with the assets in question. Further, said assets must not be subject to any debt, since the fulfillment of the debt has priority over the execution of a will.

It is also required that the beneficiary be specified and eligible for ownership and that the estate in question must be inheritable and exist at the time of concluding a will, particularly if it is specified.

The value of the assets within a will must, by virtue of the concerned law, be specified to prevent disputes between its beneficiaries and the other heirs. Accordingly, a value of 1/3 (one-third) has been allocated for estates within any given will. In the event that the testate exceeds the pre-mentioned value, collective consent from all of the heirs will be required. The testate may not violate such condition; otherwise, his behavior shall be considered an act of aggression against the private ownership of each heir in their inheritance. Furthermore, such acts by the testate would be in violation of Article (35) of the Constitution, which guarantees the right of inheritance as means of acquiring asset ownership.

The law did not require a specific form for the validity of a will. rather, a will is considered to be valid upon the verification of all of the factors that confirm the individual’s intention to conclude this document, whether by verbal expression, writing, or by sign language. However, the legislator stipulates that in case the contents of the will are challenged, the challenge will not be heard unless the will is in written form (officially or unofficially) with a certified signature from the testate,

Furthermore, a will may be dated or undated, as the absence of a date on a will does not affect its validity. However, the legislator considers the heir a third party in the event that their will was issued during a period of a terminal disease. Therefore, an heir shall be entitled to challenge a will and object to its implementation using all means of proof.

It is worth mentioning that a will does not need to be registered at the real estate registry, even though it’s the strongest means of proving its validity. However, it is not one of its pillars, nor a condition for its validity. Rather, as soon as the testate dies, the heirs, as representatives of the estate, shall have personal obligations, including but not limited to, delivering the assets to the concerned beneficiaries and commit not to interfere with them. The heir is not entitled to claim ownership of the estate in this case.

To conclude, this article aims to highlight that the right of inheritance is a constitutionally guaranteed right, which must be transferred to the actual beneficiaries according to their shares in the estate without any diminution. In all cases, a testate does not have the right to allocate a share in the assets which is impermissible or that will infringe upon the right of others in the same estate.

Regulation for Cashing out the Annual Leave Balance