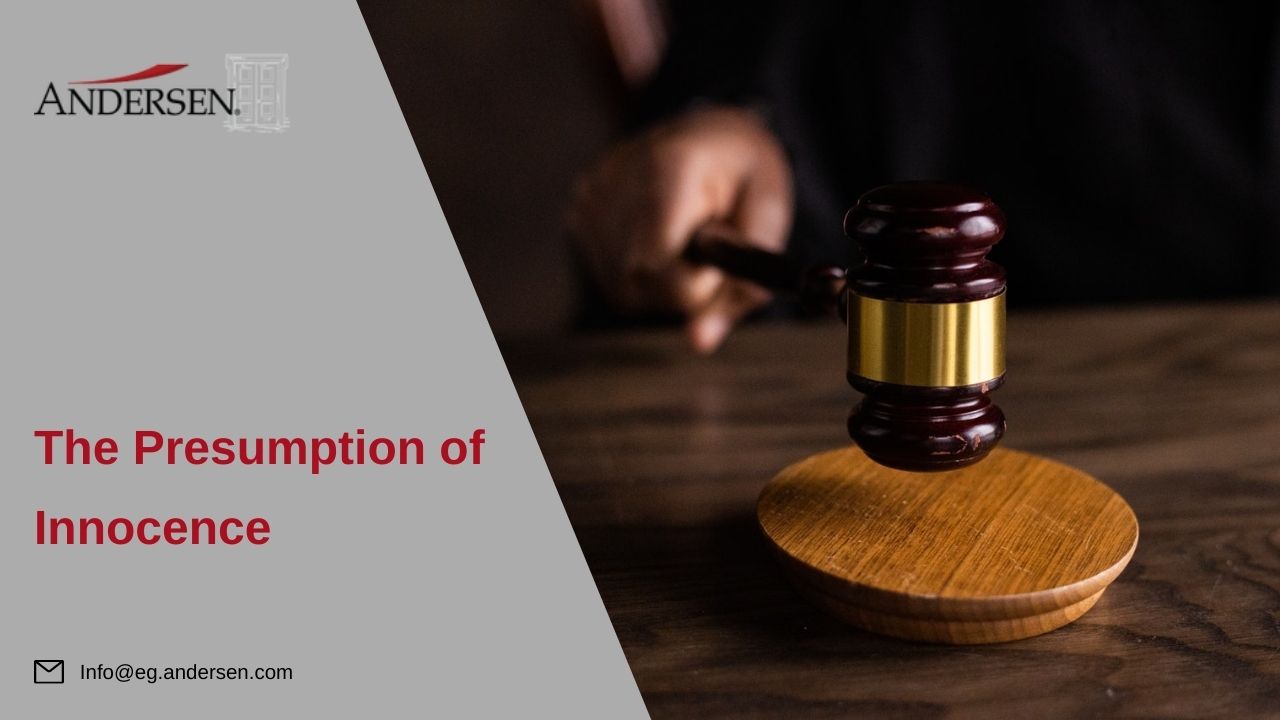 Egypt, like many other countries, operates under the principle that individuals’ innocence is presumed until proven guilty. This is the same regardless of whether the individual in question is a suspect or the subject to an accusation since this principle is one of the pillars upon which the concept of a fair trial is based.

Accordingly, every person accused of a crime, regardless of its gravity, the strength of the suspicions that surround it, and the evidence presented against the individual, must be treated throughout the various stages of the case, with this presumption of innocence, until otherwise is proven through a final court ruling.

Innocence for human beings is a constitutional right and a necessary condition for organized freedom, and it is a presumption that can only be refuted by a final judgment of conviction with this in mind, the amount, or the type of evidence has no effect until the end of the trial, even if that evidence is provided through witness testimony, or a confession from the accused himself.

The weight given to this principle in criminal evidence does not constitute protection of the guilty, but rather a deterrent for wrongful punishment, on the basis of mere accusations, which lack sufficient supporting evidence. Therefore, the criminal accusation alone does not affect an individual’s right to the presumption of innocence, since this can only be overruled with sufficient, near-certain evidence which is validated by a final judicial ruling.

Moreover, it is widely understood that establishing criminal responsibility has two major components, one being the tangible proof that can be presented to support the case, and the other being the moral element of ‘intent’ to commit a particular crime. An individual cannot be charged for a crime, unless the causal link between these two elements is proven, with the burden of proof falling on the claimant.

We refer here to one of the cases initiated by our office, where the Public Prosecution Office charged the legal representative of a company with tax evasion, claiming that fake invoices were presented to the Tax Authority, in an effort to minimize the company’s tax exposure.

In the court session, Maher Milad Iskandar, the defendant’s lawyer, showed that the invoices in question were accurate, and fulfilled the legal requirements governing them, namely, that they were issued by a company that has a commercial register, tax card, and sales tax file.  Additionally, the documents issued by the Tax Authority were devoid of proof for the claim that the companies issuing these invoices are fake, and consequently, there was insufficient evidence for the crimes in question. It was further argued that the Public Prosecutor’s accusation was in clear conflict with the principle of presumed innocence.

After successfully proving the above, the court acquitted the defendant of this crime, and The Court of Cassation rejected the prosecution’s appeal against the ruling.

To conclude, this article aims to highlight that the presumption of innocence is a given human right, protected by the Egyptian constitution, with the overall aim of shielding individuals from accusations devoid of proof, whilst simultaneously protecting individual freedom and safety, and It is essential in building the theory of proof in criminal matters, as it imposes the burden of proof on the plaintiff.