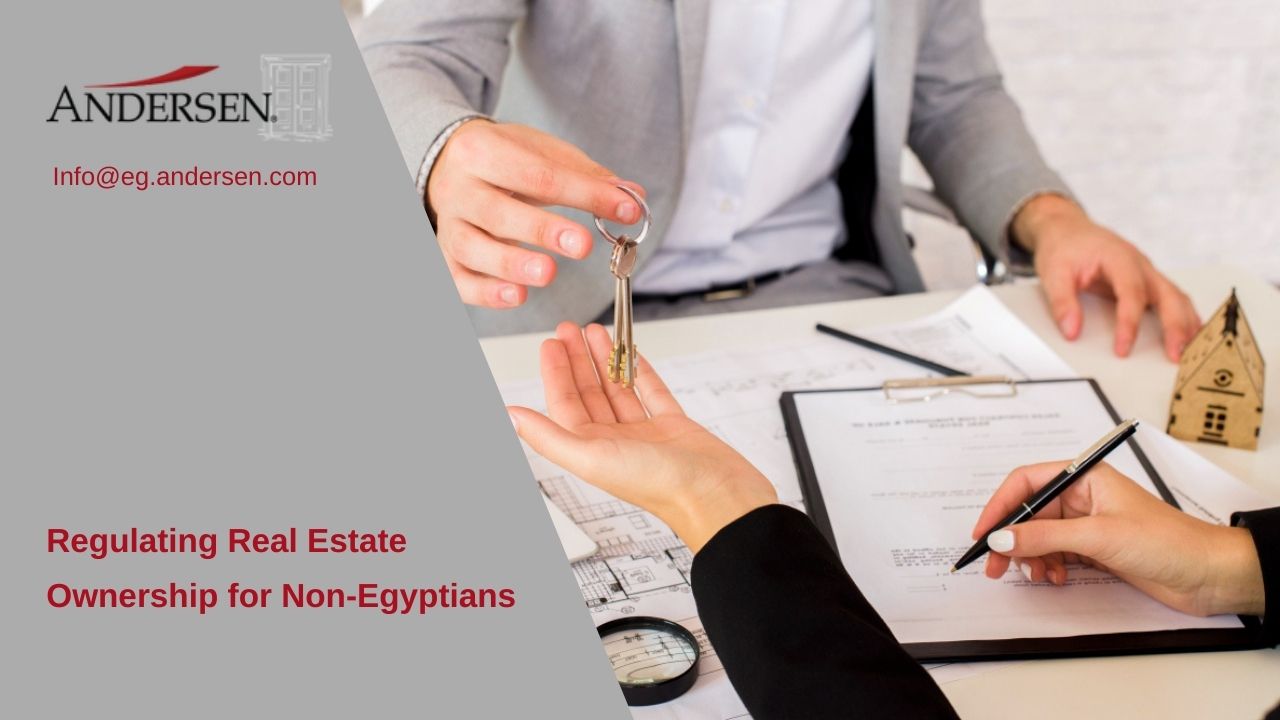 The ownership right is one of the most important rights that are included in all international laws as it impacts the state and its economic, social, and political environment. The ownership of real estate is considered the most prominent among all other types of ownership, due to its historical importance, and the moral, social, and material value acquired by owning real estate in Egypt.

Many foreigners residing in Egypt wish to obtain permanent residencies and then proceed to make investments and establish projects, however, the problem of foreign ownership of real estate in Egypt revolves between the ups and downs of maintaining the balance of national security, whilst also promoting foreign investment.  In an attempt to rectify this issue, the legislator has codified a number of controls and conditions, particularly for real estate ownership by non-Egyptians

More specifically, Law No. 260 of 1996 was issued regulating the ownership of constructed properties and vacant lands by non-Egyptians, stipulating that foreigners can own a maximum of two properties within Egypt, provided that the area of each property does not exceed 4,000 square meters. This provision excludes any property of historical significance as per the Antiquities Protection Law.  Furthermore, ownership must be for specific purposes, namely: housing the owner and his family, practicing a commercial activity licensed by the competent authorities, or being used as headquarters for a foreign government’s diplomatic or consular mission, provided that there is reciprocity in the country in question.

The law prohibits non-Egyptians from disposing of the property by any transfer of ownership before the lapse of 5 years from the date of acquiring the property. Certain exceptions to this may be made by the Prime Minister at his discretion, however, any act that violates these provisions will be unlawful, and legally void. Since this matter relates to public order, it cannot be subject solely to notarization, and any concerned individual or the Public Prosecutor’s office can request a judgment to nullify any ownership which contradicts these provisions, and the court will be bound to uphold and implement this judgment.

If vacant land is acquired by a non-Egyptian, they are obligated to develop this land within a maximum period of 5 years, so that the property can be notarized and officiated.  If this is not complied with, the prohibition period to dispose of the land shall be increased for a period equal to the delay in starting construction.

It is also worth mentioning that the law has restricted the ownership of the real estate in certain areas, such as the governorates of North and South Sinai, to Egyptians only.

Non-Egyptians here are only entitled to a usufruct of the land for a period of 75 years, with the right to own the facilities that are built on the land during the usufruct period and to allow the disposition by the sale of these established facilities, excluding the land. If non-Egyptians wish to participate in the ‘Development Project for Non-Egyptians’ initiative, they must take the form of an Egyptian joint-stock company. Furthermore, no change in the names of the founders, the numbers of the partners or their shares, or any amendments to the company’s articles of association, the form of companies, the offering of securities, and public and private subscriptions can be affected except after obtaining approvals from The Ministry of Defense, the Ministry of Interior, National Intelligence Department, the General Authority for Investment and Free Zones or the General Authority for Financial Supervision.

To conclude, this article aims to highlight the state’s efforts to balance national security with encouraging investment by non-Egyptians in North and South Sinai to maximize the economic return from tourism, attract new labor, and support development plans in Sinai.