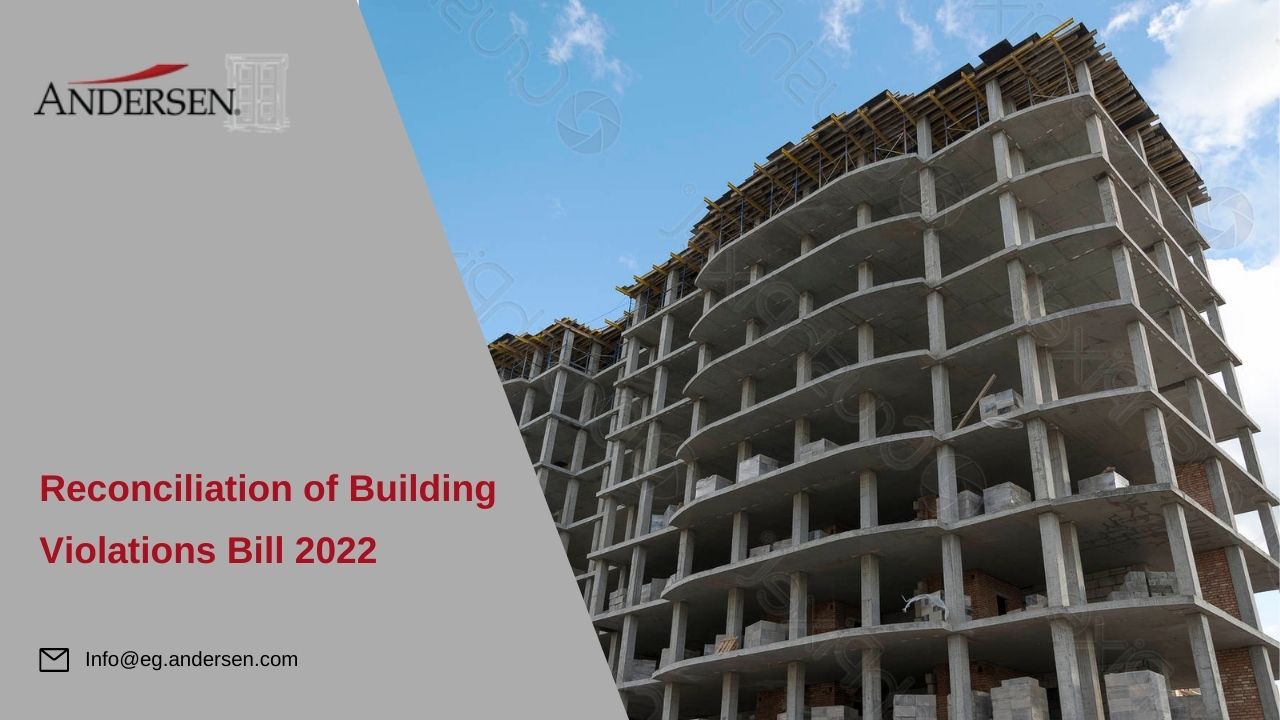 The Reconciliation of Building Violations Law No. 17 of 2019 and its amendments, No. 1 of 2020 were issued with the aim of legalizing conditions, reconciling building violations, and suspending judicial disputes related to the building violations. Despite this, the law failed to achieve these goals, since only 3.3% of its purposes were achieved, in three and a half years;

This failure was by in large due to the inability to reconcile the eight types of building violations, namely: regulatory infringement, height restriction infringement, buildings erected outside designated urban enclaves, violations of the structural integrity of the building, violations of buildings and facilities of distinguished architectural style, buildings exceeding the height restrictions established by the Civil Aviation Authority or the requirements of State Defense Affairs, building on State land, building on lands preserved by the Antiquities Protection and Nile River Protection Laws, and changing the use of areas which have been issued with specific designations for their usage, unless approved by the administrative authority.

The previous cases accounted for the majority of reconciliation requests at that time, which were rejected, despite already existing and being extremely difficult or impossible to be demolished. As such, citizens were unable to settle their disputes, and instead, the courts became overflowed with these cases.

Pursuant to this, and in order to assist citizens in closing their files of previous and existing violations, the government decided to submit a bill to address the shortcomings of the previous law. With this in mind,  reconciliation was permitted in all of the cases which were prohibited in the previous law, with the exception of the below:

In all cases, the price of reconciliation and legalization of conditions per meter must not be less than fifty Egyptian pounds, and no more than two thousand and five hundred Egyptian pounds.

The bill also introduces a technical committee that shall decide on reconciliation requests after conducting a field inspection of the site, and after the applicant submits an engineering report from the competent authorities on the structural safety of the violating building. Buildings in smaller villages are exempt from the inspection procedure in the event that building violation area does not exceed two hundred square meters, and its height does not exceed a ground floor and three additional floors.

As a result of the progress of reconciliation, the competent administrative authority shall grant the applicant a certificate proving his request for reconciliation. This certificate can be presented to the court to suspend the consideration of cases related to the violation, and their implementation, until a final ruling is issued in this regard.

In all cases, the reconciliation decision shall not be issued until the completion of painting to the unfinished facades of the buildings subject to the violation, have been completed.