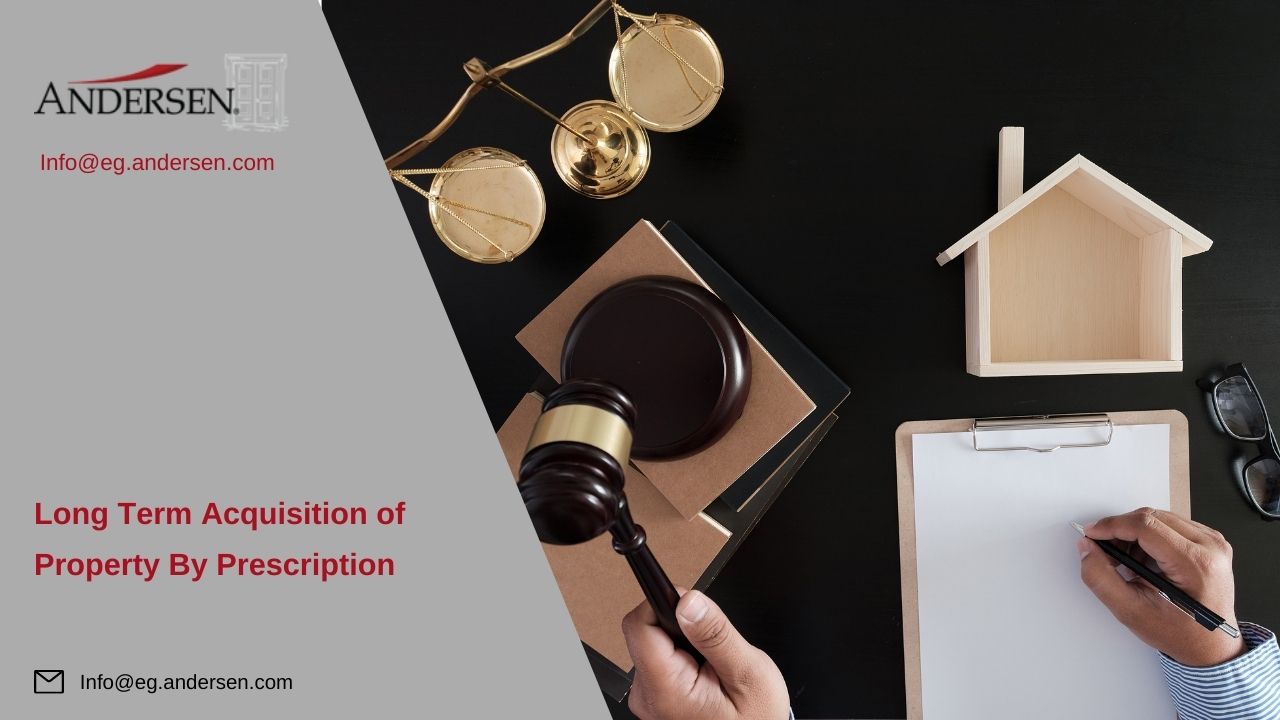 Acquisition of ownership by prescription is one of the legal reasons for transferring property ownership, due to the expiry of a right that the owner was entitled to, but did not exercise (in whole or in part) . According to the principles of ‘acquisition by prescription’ an individual may have the ownership rights, as soon as he physically possesses a given property for a minimum period of fifteen years, coupled with the intention of ownership for his own account, and not in favor of others.

The right of ownership by prescription is acquired on the basis of good faith and continuous, peaceful, and non-ambiguous presence of the property in question, Possession alone cannot constitute ownership if it is accidental or obtained as a result of duress or coercion. If, however, such coercion ends and the individual continues to occupy the property, possession may be deemed without the need to prove the source of ownership and the validity of its document.

The continuation of possession without interruption for a period of fifteen years is considered a transfer of ownership and may itself be relied upon as a valid legal argument to be invoked in a dispute. This acquisition may be adhered to by means of a defense responding to a lawsuit, or as a claim by the possessor, in which case the date of acquisition will be calculated from the commencement date of the acquisition which led to prescription. These conditions are notwithstanding the necessity that the property is viable for possession, that ownership thereof can be acquired by prescription, that possession is not temporary, and that it is free of defects.

The possessor’s good faith does not cease to exist, unless it can be shown that he is aware that his possession is an infringement of the right of the third party, or if he is notified of the defects of his possession in a lawsuit.

The principle of possession favors the possessor; However, a singular successor of the seller may in all cases, combine the possession period of his predecessor with the period of his possession in order to gain ownership of the property by prescription, provided that the occupancy period of both is no less than fifteen years.

It is also worth mentioning that if a seller’s ownership of an asset ceases to exist, once the legal conditions for taking possession are met, this would be a sufficient enough reason by itself to acquire ownership independent of the invalid sale contract.

Before the court, Maher Milad Iskandar, representing the buyer, argued that possession has existed for a period exceeding fifteen years and requested a ruling to establish the ownership of the property by prescription as a sufficient reason to gain full ownership, particularly since the fifteen-year period was uninterrupted and free of defects.  The court ruled on a document that the plaintiff and his predecessor had acquired the property with the intention of continuous, peaceful, and non-ambiguous presence for a period exceeding fifteen years before the dispute over ownership was raised.

To conclude, this article highlights that taking possession for a long period of time can be a sufficient reason for acquiring property independent of other reasons, upon the fulfillment of certain legal conditions.