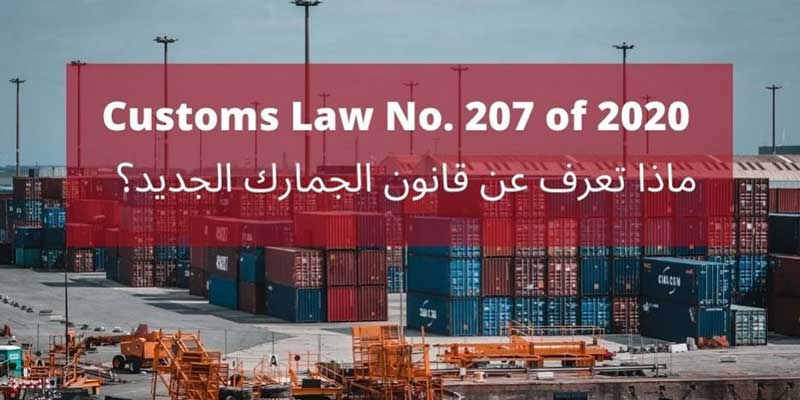 On November 11th, 2020, Customs Law No. 207 of 2020 was published in the Official Gazette after its ratification from President Abdel Fattah El-Sisi. The new law addresses the shortcomings of the previous law, which required upgrading to account for the recent developments and improvements the Egyptian economy has undergone.

The new Custom law aims to facilitate and regulate customs procedures through the establishment of new customs system controls, and the development of modern systems that are compatible with recent developments, which in turn contribute to the country’s advancement in several international indicators.

In addition to having many features; the most notable of which is its ability to account for and exploit modern technology at several key points, including the establishment of electronic systems that allow obtaining prior information regarding the goods imported to the country before their shipment, in addition to tracking services up to final release stage, with the added possibility of pre-clearance and customs duty payment before the arrival of certain goods contracted under the modern electronic commerce system.

This Custom law will also assist with the country’s wider goal of moving away from a paper-based economy, to a   digital economy by activating the electronic invoice system, and dispensing with paper invoices, thus enabling the Customs Authority to review customs process documents for all those dealing with the Authority.

Furthermore, these more modern and technical methods for the circulation of customs data, documents, and records electronically between all concerned authorities of the state and foreign entities are regulated by Custom law which facilitates the circulation of the required information, and rapid release of goods.

Encouraging investment has also been accounted for by this Custom law through the application of systems for the customs tax due on machinery, equipment, devices, production lines, and their requirements for those operating in the production field for one year, in return for paying an additional tax for each month.

Moreover, the Custom law has established new customs exemptions for certain imported goods, raw materials, and production requirements, which has resulted in the reduction of the prices of locally manufactured goods.

In order to provide health care to citizens, the Custom law has exempted governmental hospitals from paying customs duties on equipment, medical supplies, medicines, and the like.

The Custom law has also contributed positively towards national security by applying strict measures to combat customs evasion, providing more severe penalties and categorizing customs evasion as a crime against honor and honesty, in addition to allowing the court to confiscate goods subject to customs evasion crime, as well as raising the minimum and maximum fines for customs offenses.

Finally, this Custom law exemplifies the legislative evolution occurring within the country in the field of modern international trade, with its new amendments, regulations and processes that go hand in hand with the global development system which promotes customs control and national income.

We at Andersen Egypt can provide full support and answer any inquiries regarding this law.