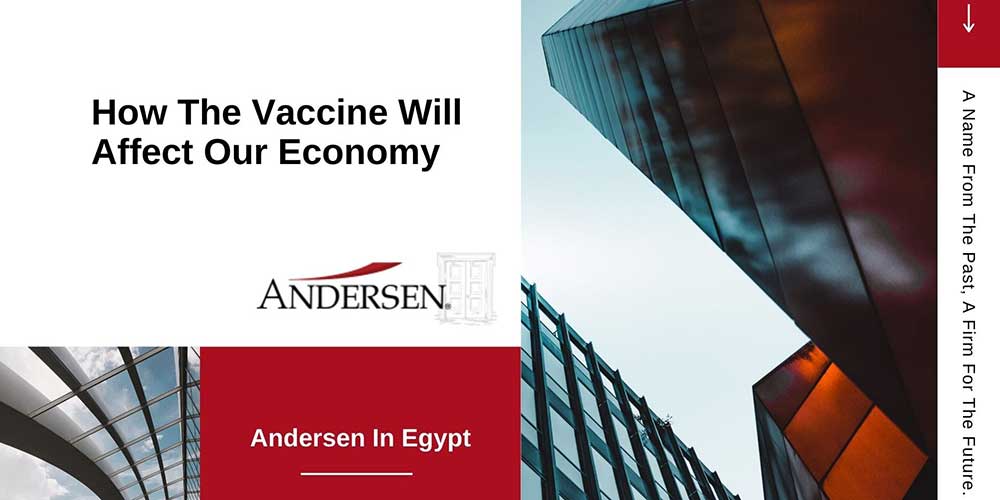 The Vaccine & The Egyptian Economy

The global economy has experienced a devastating blow as a result of the unprecedented Corona Virus pandemic. This impact can be seen in emerging economies as well in countries that traditionally have been considered economically stable.

As is the case in all countries, the Egyptian economy was affected by the virus containment measures implemented by the government, in an attempt to slow the spread of the virus. Although this was achieved to a certain degree, many of the country’s main economic pillars have been halted, most notable of which are the tourism and aviation industries, remittances from Egyptian expats, and the decrease of Suez Canal revenues.

Despite this, the Egyptian government was managed to respond quickly to limit the spread of the virus by balancing the expenditure required to confront the crisis on the one hand, whilst simultaneously avoiding excessive increases on the other hand.

Moreover, the government has established economic reform and policy programs to ensure reinvigoration of the Egyptian economy after the decline of the Corona pandemic, by providing a stable and clear path for economic recoveries, such as amending the customs law to improve Egypt’s investment climate and acting quickly to develop and provide a safe and effective vaccine against the virus.

In addition, while most countries are waiting for an effective virus vaccine, the Egyptian government seeks to produce the vaccine by participating in international researches and studies for vaccine production on one hand, and following the developments in the British, Chinese, Russian, American vaccine trials and other vaccines worldwide, on the other hand, to ensure that Egyptians receive the vaccine in a timely manner, from one of these sources, be it importing medicine from abroad, or manufacturing the vaccine locally. In the latter scenario, Egypt could also export the locally produced vaccine abroad (after ensuring sufficient protection for Egyptians), to assist those who are most in need and most vulnerable to infection, such as medical staff, people with chronic diseases, and the elderly.

The announcement of the Coronavirus vaccine has provided hope for the Egyptian economy, whilst also reducing the elements of fear among the citizens who worry that the virus can return at any moment, and with a far worse effect.

Furthermore, the resumption of business especially after many citizens have lost their jobs due to the pandemic, and the return of consumers’ visits to shops will all aid in the restoration of consumer confidence in the economy.

Looking further into the future, the vaccine will also play a critical role in economic recovery, as it will allow people to resume travel and help revive the tourism, food and beverage, and entertainment industries.

Further added benefits of the vaccine will return in consumer confidence in the Egyptian economy, as well as encouraging import and export activities to return to normal between countries, thus increasing foreign investment.

Finally, and as a result of the government’s efforts, we are sure that Egypt will overcome the Corona pandemic crisis quickly and effectively, regardless of it being an economic, social, or humanitarian crisis.