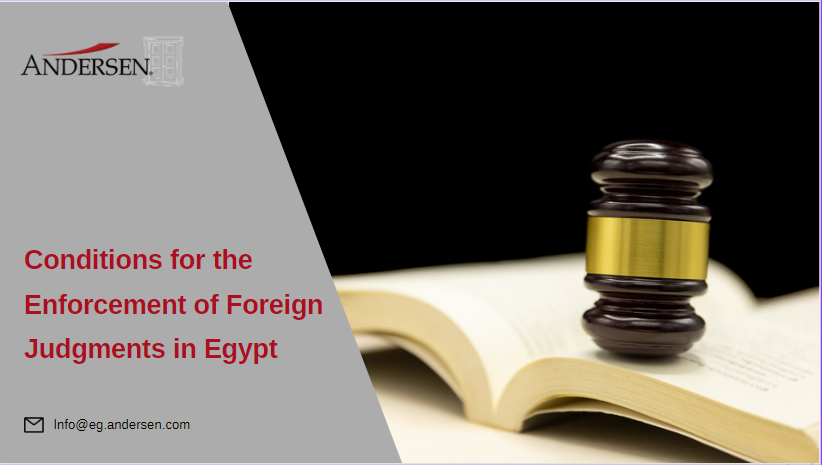 A foreign judgment is a judgment issued under the name of a foreign country regarding a private law issue (whether it is commercial, civil, or relevant to private personal status). This judgment should settle the dispute in whole or in part, and has a final effect in accordance with the law of the issued country.

According to Egyptian Law, however, the Court of First Instance can only execute a foreign judgment when it verifies that the ‘reciprocity’ condition is met, namely, that the execution procedures of foreign judgments in Egypt must be the same as the execution process of Egyptian judgments in the foreign country in question. Additionally, the below conditions must also be fulfilled in the foreign ruling, namely;

Herein we refer to one of the cases in which the court issued a judgment rejecting the claimant’s request for a writ of execution on the foreign ruling, based on the absence of a Judgment Enforcement Agreement between the concerned countries.

This ruling was appealed, on the grounds that placing the writ of execution on the foreign judgment does not require the existence of a convention/ agreement between the two countries, but rather the existence of the reciprocity condition.
The Court of Cassation overturned the appealed ruling, claiming that the legislator does not stipulate that diplomatic exchange in a convention or agreement must be the sole method used to enforce a foreign ruling, but rather, that it is sufficient to rely on the existence of the principle of reciprocity.

Accordingly, once the Egyptian court verifies this condition, it may execute the foreign judgments in Egypt using the same processes utilized in the foreign country in question for the implementation of a foreign judgment. Otherwise, the judgment will be considered in violation of Egyptian laws and subject to appeal.

To conclude, the aim of this article is to highlight that the existence of a Judgment Enforcement Agreement between countries takes precedence over the applicable law, even if this contradicts Egyptian Procedural Law; however, the absence of such an Agreement shall obligate the court to verify whether or not the principal of reciprocity exists between Egypt and the foreign country issuing the ruling, and requesting its enforcement in Egypt.