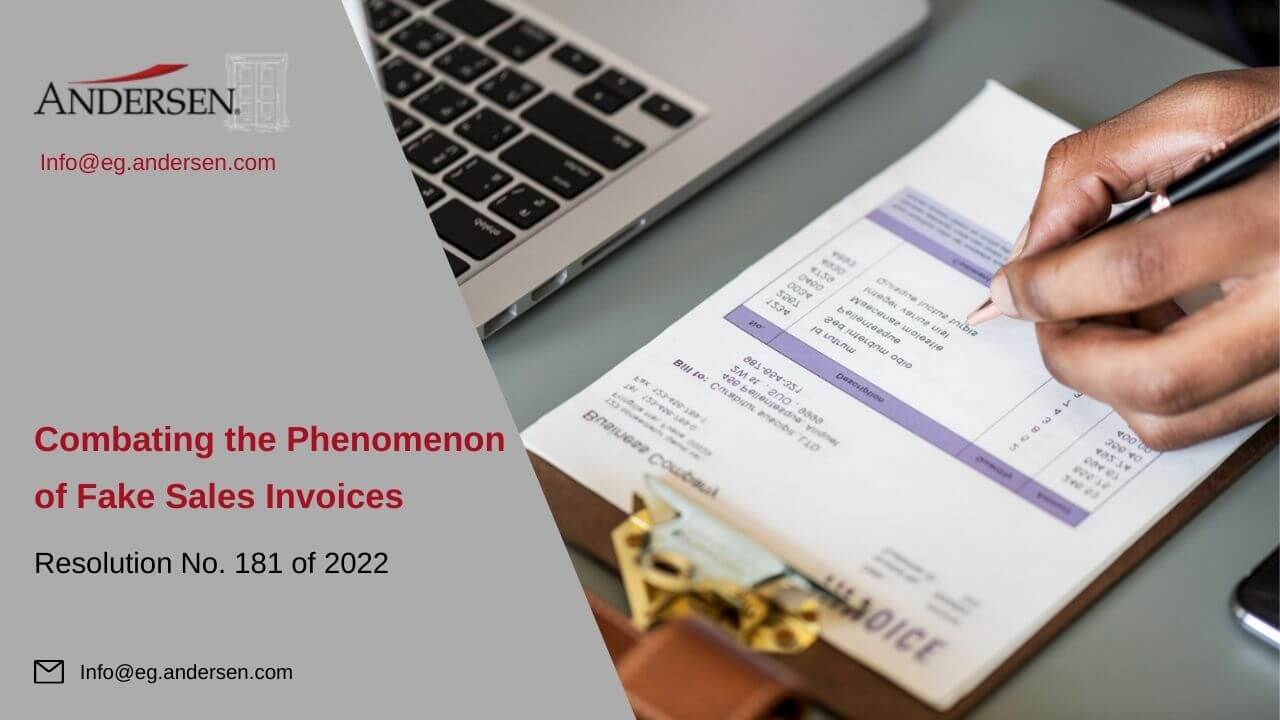 Resolution No. 181 of 2022 – Amending provisions of the Executive Regulation of Egyptian VAT Law

Taxes represent more than 75% of the revenue allocated in the state’s general budget, which collects taxes through tax invoices issued during commercial transactions.

One of the major problems facing the Tax Authority is the rise of fake companies, which issue fake invoices, despite being legally registered with the Tax Authority. These companies are established without providing a good or service, and their activity is limited to issuing invoices that are traded between a series of companies with the aim of decreasing taxes on invoices;

Such invoices are issued by a registrar of the tax authority with false transactions, accounting for the tax gap between the amount of income that should be reported to the tax authorities, and the amount actually reported. Accordingly, the seller reduced its tax exposure, and the buyer obtains a tax reduction for the taxable amount stated on the fake invoice, which is disguised as a valid tax invoice issued by a registrar. This, of course, constitutes a crime of tax evasion.

In some cases, these invoices are even attributed to other people, charging them with the value of taxes due, which constitutes an additional crime of fraud. Moreover, the collection and appropriation of these taxes without returning them to the state treasury also results in the crime of appropriating public funds.

Accordingly, Resolution No. 181 of 2022 was issued to amend certain provisions of the Executive Regulations of the Value Added Tax Law, in an effort to counter the phenomenon of fake sales invoices by using electronic invoices instead of paper ones which are easily manipulated.

The above excludes pre-issued paper invoices (issued prior to the release of this decision) from companies or enterprises, and companies that are exempted by the Tax Authority.

To conclude, the aim of this article is to highlight the state’s endeavor to follow up on all commercial transactions digitally. This, in turn, aims to regulate the tax community more accurately, integrate the informal economy into the formal economy, and achieve tax justice.