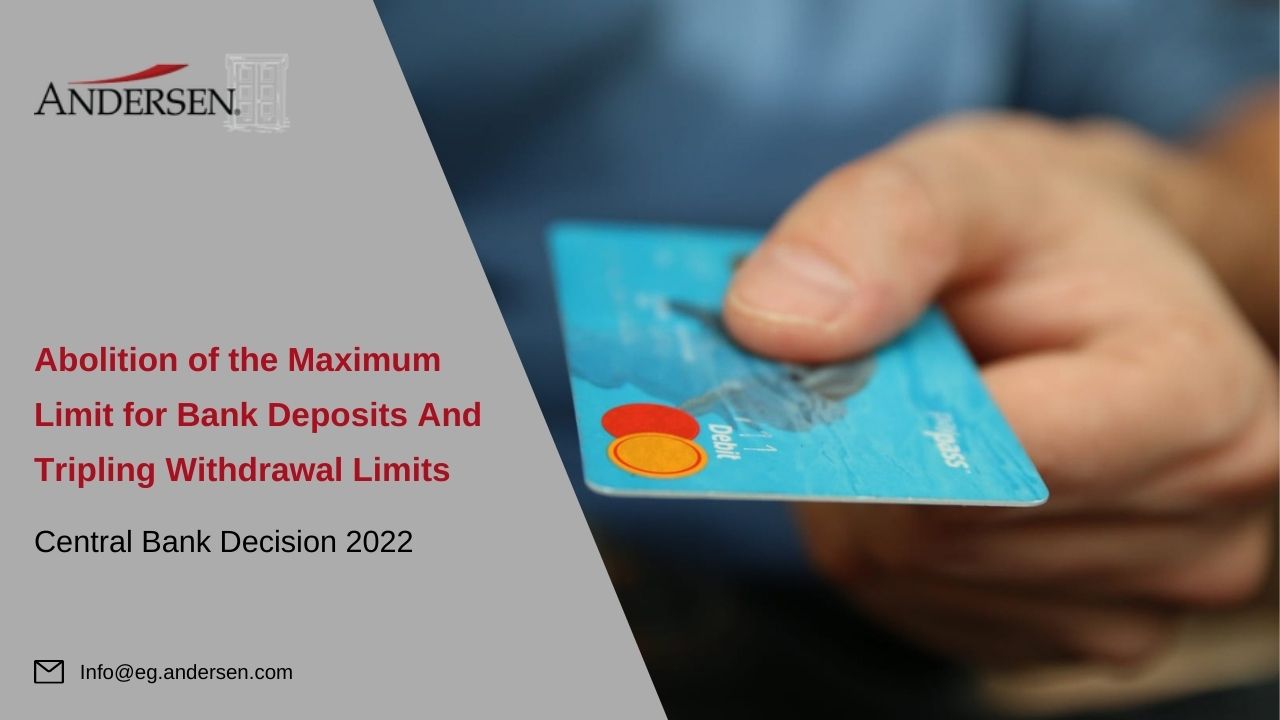 It’s common practice that millions of natural or legal individuals deposit and withdraw cash through an ATM or through the bank itself, such a process (The funds withdrawn/deposited) shall be consistent with the maximum limits determined by the Central Bank for such deposits and withdrawals.

On April 22nd 2020, the Central Bank issued a decision, determining the maximum withdrawal limits at 50.000 EGP (for in-person withdrawals) and at 20,000 EGP for ATM withdrawals. This decision was faced with public scrutiny, which resulted in the inflation rate being increased, especially in light of the increased prices of goods, and the depreciation of the pound against the dollar.

Recently, Hassan Abdullah has been appointed as the Acting Governor of the Central Bank of Egypt. Since his appointment, specifically on August 25th 2022, he issued a decision to abolish the maximum limits for deposits for individuals and companies in bank branches and ATMs, and to concurrently increase the maximum daily withdrawal limit for individuals and companies from bank branches from 50 000 EGP to 150 000 EGP, while maintaining the 20 000 EGP limit for ATM cash withdrawals.

The aforementioned decision is considered a breakthrough in the banking sector, as it removes the restrictions on the movement of bank funds in local and foreign currencies, which is a procedure required by the International Monetary Fund for countries that wish to obtain financing or support from the Fund.

The above also contributes to enhancing the financial transactions of large companies and ensuring that most payments are made officially, as well as providing cash liquidity to small and medium enterprises necessary for their daily operations, In addition to increasing the portfolio of deposits in the banking sector as a result of increased customer demand to deposit their savings in banks.

To conclude, this article aims to highlight the efforts of the state in tackling increasing inflation rates, helping the private sector to conduct business operations with greater ease, and lifting restrictions on the movement of bank funds in local and foreign currencies. These combined efforts will, in turn, contributes to the revitalization of markets and the rise of the economic sector.